The top considerations for car-buyers

The top considerations for car-buyers

Today, the most important consideration when choosing a car is how the car drives, according to the latest consumer research undertaken by CitNOW.

Two-fifths (40%) of the 1,000 UK drivers polled listed a vehicle’s drivability as the top priority when they made the decision to buy their current car. It was closely followed by fuel type at 39% and the cost to insure at 32%. 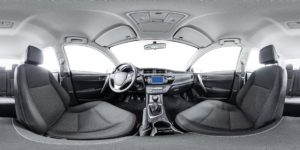 Surprisingly, high tech safety features like autonomous driving came way down the list with just 13.5% citing these as their primary consideration when choosing their car.

Even the likes of in-car comfort like climate control figured lower down mustering a fifth (19.9%) of votes, with connectivity such as smartphone integration and 4G connection considered the most important, by just 8% on a par with in-car entertainment technology including sat-nav.

Interior space was thought to be more important by a quarter (25%) of those asked whilst exterior styling was still a major consideration clocking up 22% of the vote. Meanwhile, 23% thought the most important factor when buying their car was road tax and the vehicle’s environmental impact.

What this tells us is the traditional considerations – driving capability, looks and interior space, were still major priorities for car buyers when they purchased their current car. With fuel type, insurance and road tax considered important by a significant proportion of those surveyed – the cost element is also high on the list

Impressive tech, safety features and connectivity may come top of the list for some but scoring surprisingly low compared to other considerations suggests these are not a main concern for most.

Importantly, the figures reveal to retailers what the focus should be when creating digital assets about each vehicle – when uploading onto websites, creating personal video messages and when making a follow up enquiry.  Typically today, videos focus on the vehicle’s exterior and interior, which are understandably major considerations, according to the research. Additional focus can be spent on tech features, which even though they appear lower down on the priority list, can help build a stronger customer relationship.

Most importantly, today’s customers are interested in how the car drives. Whilst they will discover this for themselves during a test drive, perhaps retailers should consider incorporating some test drive footage in their video clips to whet the appetite even more, as well as showing features to look out for during their test drive (i.e. city power steering). This could help make the test drive more immersive and memorable.

Actual test drive video is not a common thing we see at CitNOW just yet, though it could well prove to be a winning inclusion. It may usually take two people to shoot the footage (one driving and one filming), we have seen a few instances where an iPod has been mounted on the screen, facing the interior and the driver. For retailers always looking to stay one step ahead of the competition, test drive footage could well be worth some experimentation.

You can download the full Evolution of the Car Buyer report here.

Now more than ever before, car buyers expect purchasing journeys that are multi-channel and hybrid in …

Driving credibility, customer satisfaction and loyalty is a key area for workshops looking to grow and …

With the production of petrol and diesel-powered vehicles banned from 2030, car buyers are turning to …