CitNOW wins ‘Idea of the Year’ accolade at AUTOpro Awards

CitNOW wins ‘Idea of the Year’ accolade at AUTOpro Awards

CitNOW has won the ‘Idea of the Year’ accolade at the AUTOpro Awards. Held by leading Romanian motoring magazine AUTOpro, the awards recognise the most interesting and innovative ideas from across the automotive industry.

The awards panel, formed of industry experts from the magazine, recognised CitNOW for its cutting-edge personalised video and high-quality imagery solution. The jurors were impressed with how CitNOW can help car dealers to build trust, transparency and credibility with customers.

The award was accepted by Cesare Prati, CitNOW’s General Director for Italy and Central Eastern Europe at the recent annual AutoPRO Awards ceremony, held at Hotel Continental in Bucharest, Romania.

“We are extremely proud to be accepting this award from AUTOpro, one of the most prominent auto industry titles in Romania.

We are delighted that the awards panel recognises the increasingly crucial role CitNOW has in sales and aftersales for automotive retailers in Romania and how personalised video and image solutions are vital tools for their future success.” 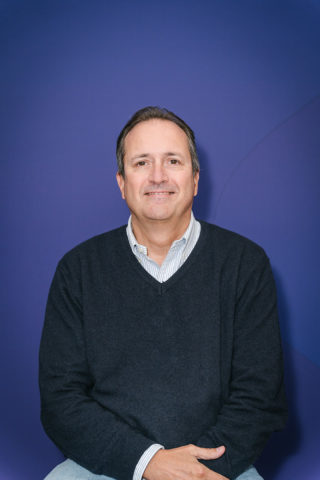 The AutoPro brand opened more than 26 years ago, in December 1993. AUTOPro was not only the first car magazine, but also the first western magazine in the post-December history of Romania.

Currently, the magazine is at it’s third generation and is, more than ever, extremely strongly anchored in current trends in the car industry. AutoPro has brought together the four leading directions of the auto industry in its editorial concept: Green, Autonomous Driving, Connected and Car sharing. And other surprises are already on the way.

In such an effervescent period, when the car acquires new ecological, social and interdisciplinary values, awarding a prize has become an even more difficult matter. The factors that are taken into account when nominating and judging must be accordingly with the reality in the field. The AUTOpro Awards do just that. They are continuously upgraded and benefit from that “fine tuning” to find and optimally reward the tops of each field. That is why, every edition new categories appear, and some of the old ones have disappeared. As expected, electrification and hybrid, plug-in and electric cars increase their percentage compared to the previous editions.

This time we rewarded the best cars, the most advanced technologies, but also the ideas, people and actions that marked a very interesting year.

For more information on CitNOW’s award winning products, take a look through our products page.